A Brief Look at the History of Nursing

The nursing profession is among the largest labor pools in the world. Nursing profession advocates and the demand for more capable healthcare staff in the medical field during wartime were catalysts for the trade’s evolution. In the 1800’s, nursing began as a job performing domestic duties in the medical environment. Many hospitals trained nurses directly during the profession’s early days – a task now fulfilled by academic institutions. Today, formalized licensing and training ensure a medical environment that vastly improves patient outcomes compared to institutionalized healthcare’s infancy.

Nurses specialize in caring for patients who are ill, injured or disabled. [1] In addition to caregiving, nurses also educate patients on health related topics. Today’s nurse is an active participant in planning healthcare studies and health facility policies. The professionals also work to create the best possible outcomes for their patients. Advanced nurses may work with a doctor or independently to serve patients’ healthcare needs. These specialists may act as primary healthcare providers for some patients or entire communities. They may also supervise nursing staff at given institutions.

The nursing labor pool employs the largest and most diverse talent group among all professions. As of 2016, the Unites States employs almost three million nursing professionals. The trade is among the most honored professions in the world. Historically, women dominate the field; however, more men are increasingly choosing the nursing career track. Within the nursing talent pool, minorities represent considerable numbers compared to other healthcare related professions. As the nursing career landscape evolves, the trade’s biggest challenge is finding enough candidates to handle the growing healthcare caseload.

Nursing Through the Ages

It was not until the American Civil War outbreak that the nursing role evolved into a profession that encompassed patient treatment. [2] During the war, there were so many injuries and casualties that the medical profession had no choice but to relegate more healthcare related responsibilities to the solely domestically trained nursing staff. Despite this need, nursing advocates had to rally for this responsibility.

Elsewhere, war forged nursing role evolution in Britain as well. Florence Nightingale helped bring battlefield medical practices up to then modern standards during the Crimean War. The conflict represented a proving ground for Nightingale’s hypothesis that scientific medical practices could improve healthcare conditions for patients. By her government’s invitation, Nightingale led the first military medical unit into the battlefield. The practices that Nightingale established are guidelines that the modern nursing practice follows to this day.

In the United States, Dr. Anita Newcomb McGee, along with other nursing profession advocates, pushed to form the United States Army Nurse Corps (ANC). [4] They succeeded in bolstering legislation that made the ANC a permanent unit in the United States Army. A year later, the New York Nurses Association met in Rochester, NY to lay the groundwork for the first nurse practices act. [2] Group leaders ignited the movement to require nursing professionals to earn a medical degree to practice healthcare. The group succeeded, and in 1903 North Carolina was the first state to require nurses to graduate from nursing school and register with the a state nursing board. New York, Virginia and New Jersey legislatures quickly followed suit, and by 1921 all 48 United States required nurses to earn standardized training and licensure.

Initially, nurses earned their degrees directly from healthcare institutions. [1] The establishments trained nurses in exchange for a guarantee that the nurses remain at the training facility for a designated time frame. This practice did serve to increase the nursing pool; however, direct training from medical facilities created an issue; internal politics heavily influenced the provided training.

As the world moved into the 20th century, nurse training shifted from hospitals to accredited colleges. This transition helped to standardize nurse training and improve the patient care framework.

Nurses are healthcare professionals that provide direct patient care. Nursing supporters and wartime conflicts have helped the practice to evolve into a skilled profession. Today, nurses must earn specialized training and certification. Additionally, educational institutions have taken over the training role once satisfied by healthcare establishments. This focused and formalized training has helped to improve healthcare for all patients and cement the nursing profession as a time-honored practice.

Adventist University started building its solid foundation for nursing education in 1908 when it began training nurses so healthcare could be provided for more people. Today they offer cutting edge education and experienced faculty dedicated to helping individuals interested in pursuing a bachelor of science in nursing degree. 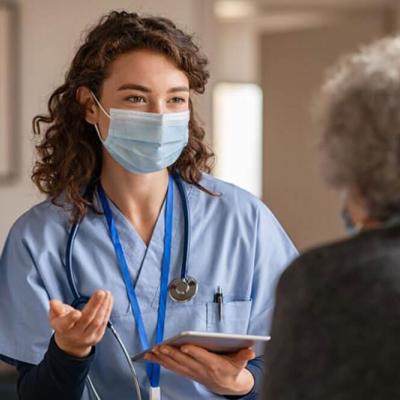 Blog
How to Become a Genetic Nurse Practitioner
February 21, 2022 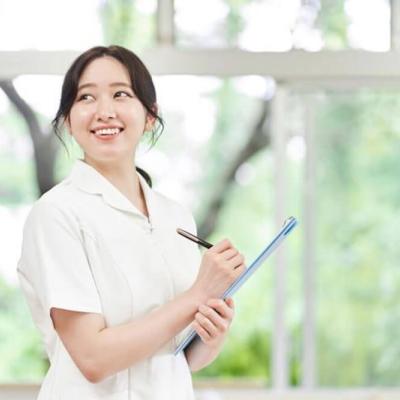